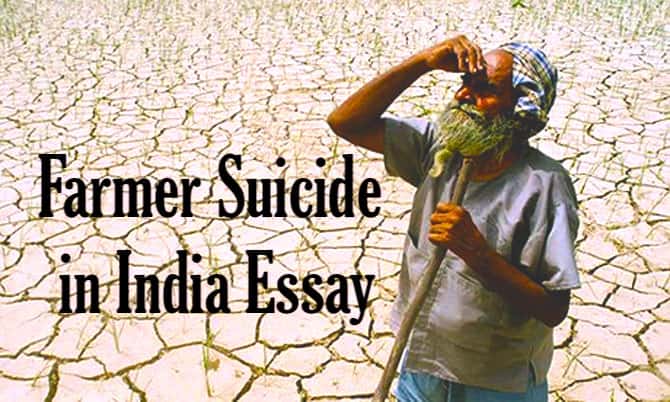 It is highly unfortunate that in a country like India approximately 70% of the total population is directly or indirectly dependent on agriculture, the case of farmer suicides are increasing day by day. Statics reveals that 11.2 per cent of total suicide in the country are farmers suicide and in 2014 the national crime records Bureau of India reported 5650 farmer suicide.

A number of factors are said to be responsible for this. Some of the major reasons for farmers suicide in India include growing cost of cultivation, damaging of crops due to drought and flood, totally dependence on monsoon, negligible profit on Agricultural Products, banks are hesitant in giving loan as a result to fulfill their financial needs farmers are forced to take debt from money lenders on high rate of interest and unable to pay the debt.

Some initiatives were taken by the government of India to curb this problem through paramparagat Krishi Vikas Yojana in which government aims to promote organic farming in 500000 acres, introducing Pradhan Mantri Fasal Bima Yojana for insurance on crops, Krishi sinchai Yojana for proper irrigation facility, increasing support price in deficient crops.

To eradicate this problem the government should take stern step by providing loan facility at lesser interest, good quality of seeds, fertilisers and pesticides, promoting agriculture-based industry in rural areas.

Though the government has launched several packages to help farmers these have not helped much in putting an end to farmers suicide cases. It is high time that the government should recognise the sensitivity of the issue and work towards it in a way that this problem comes to at an end and dream of an India with happy farmers comes true.

Essay on Right to Information

Thank you for reading. Don’t forget to send you feedback.