The different types of pollution 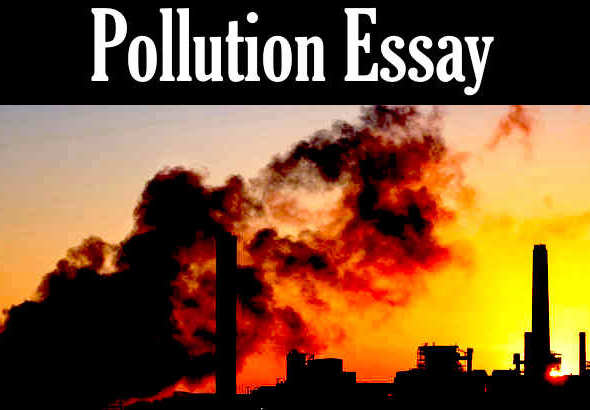 Addition of harmful substances to nature is called pollution. Pollution is of different types. The smoke coming out from the chimneys of industries and the silencers of vehicles cause air pollution. We can check this by reducing the polluting factories and using good quality fuels and engines. Now we can plant trees which will convert carbon dioxide into oxygen. We have to develop and use solar power to reduce air pollution

When we throw plastic wastes and other under gradable wastes, it causes soil pollution. Soil pollution makes the soil infertile. Most of the people in India are dependant on agriculture. Hence, soil pollution should be avoided if we want the farmers to progress.

Noise pollution is caused by industries, honking of horns, using loudspeakers and bursting crackers. We should avoid using horns near schools and hospitals. We should not use loudspeakers after 8 pm and loudspeakers’ sound should also be minimised. Bursting of crackers also should be controlled. Pollution affects the health of all living beings. All sorts of pollution, spoil the ecology and that should be avoided.

Pollution of rivers, lakes and seas is a major concern for people who seek to protect the environment. What are the possible causes of water pollution, and what effects does this have on animal life and human society?

In the last few years, water has been more and more polluted, and this issue has concerned many people who are environmentally aware. In order to explain its effects, we should first analyze the triggers of this problem.

To begin with, water pollution might be entirely human’s fault, in fact, the more we continue following anti-environment behaviours, the more the planet is in danger. These are the factories released chemicals in rivers, streams, and lakes, as well as the throwing of garbage in our precious crop fields. The factory’s pollution is due to increase because of the high number of products which are produced every day in order to be sold in the supermarkets. Moreover, the plastic’s production, which is essential to create boxes, bottles, and glasses, generates pollutant particles which finally end up in our rivers and lakes. Throwing away cans, plastic bags, and even cigarettes butts, pollutes meadows, hence due to the rain chemicals will be released from these materials, and they will be absorbed by the ground whose sediment can be found in the stream. For example, Ilva is a famous factory in the southern part of Italy which is renowned as the most polluting company in all the country because of its fumes and (drosses are discharged in the river which passes beneath the building.

Although these actions threaten our environment, we are affected too. First and foremost, this water is drunk by breeded animals, whose meat is our first source of nutrition, as a result by eating them we assimilate it. Nevertheless, there also other effects, such as increasing in animal’s death due to water poisoning and for us food poisoning, because vegetables and fruits that we eat, are cultivated with polluted water. Furthermore, there is a growth of cholera and gastric cancer, as it has been proven by a recent study. WHO (World Health Organisation) stated that in some areas, where crop fields have been irrigated with dirty water, the risk of getting the food-related disease is 65% higher than areas which have been irrigated with pristine clear water.

In conclusion, water pollution is a pressing problem and its effects are threatening not only the environment, but also our’s and animal’s life. For the sake of the world’s health, it is hoped that anti-environment behaviour are cut out sooner rather than later.

Pollution is the most discussable topic today. It is one of the most common topics of today’s scholars. It is basically the introduction of contaminants into a natural environment that causes an adverse change in the land, water, air, soil etc. Today it has become a major curse on our earth. Every natural calamity like storms, Tsunamis, Floods and other calamities are result of pollution. Pollution has become a major headache for every government and every agency.

Various types of pollutions that are declining our living styles are as follows:-

Apart from above-mentioned types, there are other types of pollutions that are harming us. According to a survey in 2015, 9 million people were killed by pollution, around the world. Recently we came to know that Delhi’s air pollution is at the highest level and is not good to survive there. Prolong exposure to such contaminated areas may cause various effect which includes respiratory diseases, cardiovascular diseases, throat inflammation, chest pain and congestion. Water pollution causes approximately 14000 deaths, mostly due to drinking of contaminated water. Oil spills can cause skin irritations and rashes. Noise pollution causes hearing loss, blood pressure, stress and sleeps disturbance.

Pollution is taking a shape of the biggest threat to human survival. Both human and people have to come together to fight against pollution. The government won’t be able to do anything alone if we will not cooperate with the government. First of all, we have to do our bit then any government can do anything for us.

The government has started various initiatives to fight like limiting cracker bursting to prevent air pollution but still, people illegally burst crackers. So this shows that first, we need to change than anything else. Because whenever any action is being taken by the government then we are not ready to adopt that and later we blame them for not taking strict actions for the prevention.

So in the end, I just can say that still, it’s not too late to start to fight against this devil naming pollution. But we’ll not awake now than the day is not too far when this devil will end everything and we will be left thinking that “Wish we could have done something to save our planet.”

Pollution is one of the serious matters and one of the enemies of nature and human. Although it is a really serious matter yet unsolved. Mixing of pollutants in pure things that makes things harmful or useless called pollution. Pollution is like a curse for humanity, nature and other living beings on earth. It has affected space too.

There are so many kinds of pollution. Some are the following:

There are more but we would talk about four topics given above.

Impact on Living Being

Due to pollution, human health has a bad effect. Drinking polluted water leads to deadly diseases such as cholera and diarrhoea. Air pollution can lead to asthma, respiratory problems, cancerous diseases. Due to soil pollution, the yield of crops is affected, fruits and vegetables can be toxic, which is fatal_to humans and cattle. Sound pollution can lead to irritability, panic and deafness in humans. In fact, every type of pollution affects us in some form.

Impact on Non-living Being

Pollution also affects the survivors. For example, air pollution increases the temperature of the atmosphere, this increases heat, heat causes draught, draught affects the crop, this affects the normal life of the people. Not only that, due to heat rise, ice is melting on the poles of the earth, due to melting of the ice, the water level of the sea is rising, raised water level threatens to sink coastal areas. Scientists believe that in the coming years, the coastal cities will be submerged. As a result, migrating, unemployment, arson and violence will rise. Looks slight in the hearing but just think about it.

Development in society is essential for a human being but development has side effect named Pollution. Although we need development it is for users that we should make proper arrangements for the wastage. We should not leave them open in nature. They cause many effects on humans, on creatures and on nature too.

There is a solution of every problem provided that we find the solution and follow it. There are some remedies below:

(1) Factories must prepare a perfect drainage plan for dirty
water or they should establish a water filter plant in factories
to reuse the water.

(2) Use of soap and detergent must be banned and sewerage must be filtered and use to other works in place of pouring
it into the water.

(3) Polythene, pesticide, solid waste must not be poured into water.

(1) Factories must be far from residential areas. There should be a gas absorption system into their chimneys for harmful gases.

(2) Pollution levels must be checked off every vehicle. Also, we can follow vehicle pooling system.

(1) Farmers must use organic pesticides and fertilizers in place of chemical pesticides for farming.

(2) We must not leave garbage, polythene, plastic, rubber etc. in open or must not bury into the lands.

(3) Contaminated water also contaminates soil, so we also need to fix it.

(4) We should not mix wet and dry waste, we can use two different dustbins.

(1) Factories must be far from residential areas. Use of earplugs can be recommended to workers.

(2) Vehicle fitness checkup must be compulsory.

(3) Loud horns of vehicles must be banned.

(1) Every human must cooperate to remove this problem.

(2) The government must make some new policies, review their existing policies and replace or improve it.

(3) Government policies must be followed seriously, it’s our duty as well as our security.

Pollution affects us in many ways, so to deal with the problem of pollution, public participation is highly needed because the government keeps changing but we do not.