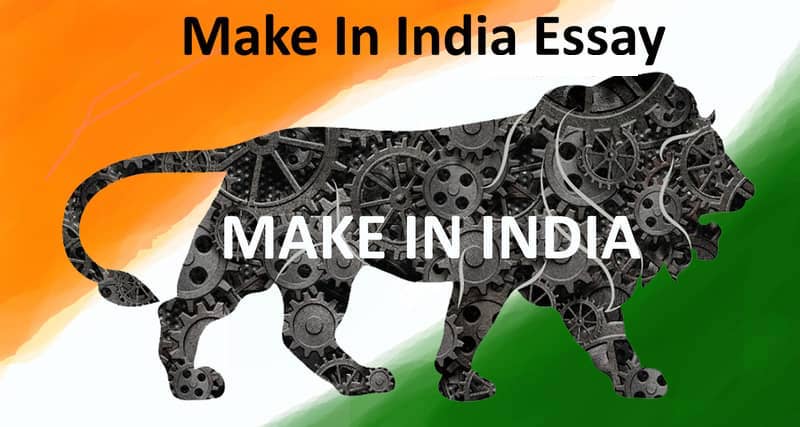 On 25th September 2014, Prime Minister Narendra Modi launched Make in India, one of the flagship programmes of our government intended to boost domestic manufacturing currently contributes approximately 16 per cent to the GDP and target is to take it to 25% by 2022.

Make in India focuses on 25 sectors of the economy like automobile, mining, electronics etc. This emphasis on manufacturing will serve several objectives. First, it will provide employment to more than 10 million people. Second, it will boost foreign direct investment (FDI) thereby bringing development. Third, it will minimise the imports of various products so it will mitigate the pressure on our trade deficit. Fourth, it will augment our exports and lastly, it will help in bringing the latest technologies into the country.

The government has taken a number of steps to improve the ease of doing business in the country. Rules and procedures are being simplified single window clearance have been created to guide the first time investors. Besides these, these initiatives must have great linkage with other initiatives of the government like skill India, startup India, digital India etc.

The campaign has already made a considerable success and if it moves forward with the same pace it will surely transform India into a manufacturing giant and improve our economy.

Make in India Essay in English

The “Make in India” campaign was started by the Honorable Prime Minister Shri Narendra Modi on September 25, 2014 for the recognition of India as a special identity in the field of economy and development of the country. The symbol of this campaign is a lion with many mechanical wheels. Moving with the help of these wheels, this lion displays perseverance and intelligence.

The Make in India campaign will help in the production of many commodities in the country, along with the unprecedented potential of employment, level of property in the country will also be greatly reduced. 25 areas for investment have been selected, under which national and international investors will be to invest.

Due to decreasing employment opportunities in the country, the problem of unemployment has increased in the country. Also, due to the complexity of business and investment, the big investors and businessmen of the country have also been forced to leave the country. In such a way, the Make in India campaign has proved to be a milestone.

Growing production in any country is a symbol of its economic prosperity. If, by that, the country is also able to increase exports, then it will be the happiest place for the economy of that country. Make in India campaign in India is inspired by this. If the investment comes in the country, new factories will be opened in the country, people will get jobs, production will increase, affordable goods will be available and at the same time, India will emerge as a major exporting country.