Terrorism Essay (Essay Topics) – What is terrorism and what are the various types of terrorism. Write an essay on terrorism in around 500 Words for students. 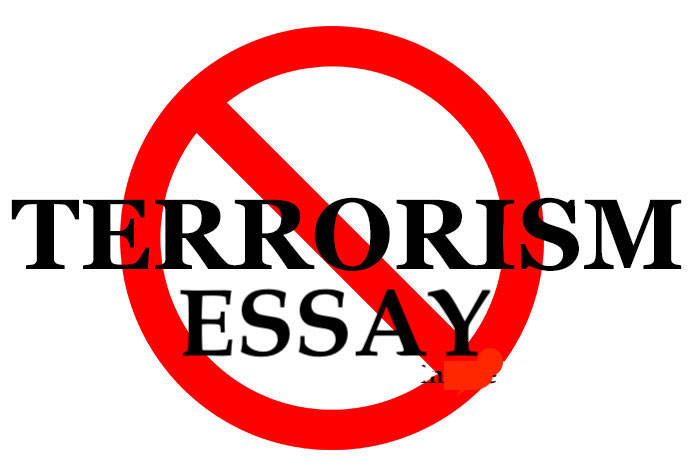 Terrorism is a problem which many countries have been continuously facing for decades, but now it has emerged as a ‘global’ problem against which an internationally united battle has to be fought. Violent behavior in order to create an atmosphere of fear in the society or for misplaced political ends is generally termed as Terrorism. It is an organized and systematic use of violence to achieve an unrealistic end. Many times words like terrorism, civil war, revolution are often used interchangeably. Though they differ in kind and meaning, one thing is fundamental to all the word ‘violence’. For instance, great practitioners of fear and violence like Hitter, Stalin etc cannot be called Terrorist.

Moreover, violence used for personal gains like dacoity or robbery cannot be termed as Terrorism. Terrorism, as understood in the simplest sense always aims at a target group of killings and destruction of property through acts of violence. It is also illegal and unlawful in nature, as such acts are done with a purpose of creating fear and panic in the minds of people at large, to make the masses feel impotent and helpless, to discourage rational thinking and to lead a reactionary tendency amongst the people.

Terrorist resort to various ways to accomplish these aims like – plating crude homemade bombs or other explosives in shopping centers of crowded places like railway station, bus stands or even bus, train or airplane. They also conduct activities like kidnapping or hijacking. Different terrorist activities all over the world may have different aims, but a few goals, common to all, may be underlined. It may be because they want people to react to their demands or they intend to get mass support by creating fear and panic or to eliminate their opponents and enemies.

Other reasons for this ongoing and increasing terrorism are: many young people often join the terrorist organization because they are looking for an identity for themselves. Having a traumatic experience as a youth, in particular, is motivating factor in deciding to become terrorist. Now a day it is very easy to get a method of preparing a bomb with help of internet. The Internet can also instruct how to join a terror organization, fund terrorism, and share information.

Terrorism can’t be treated like any disease but visible every diseased cell in the body must be destroyed. Hardly a week goes by without an act of terrorism taking place somewhere in the world, affecting innocent people, who just happened to be in the wrong place at the wrong time. The world has to unite in order to face this growing menace of terrorism. The world cannot survive with prosperity under continuous threat of fear, violence, and bloodshed. Thus strict measures and serious efforts should be made to end violence and shedding of the innocent blood.