In case you find it difficult to explain, how to describe image in PTE. 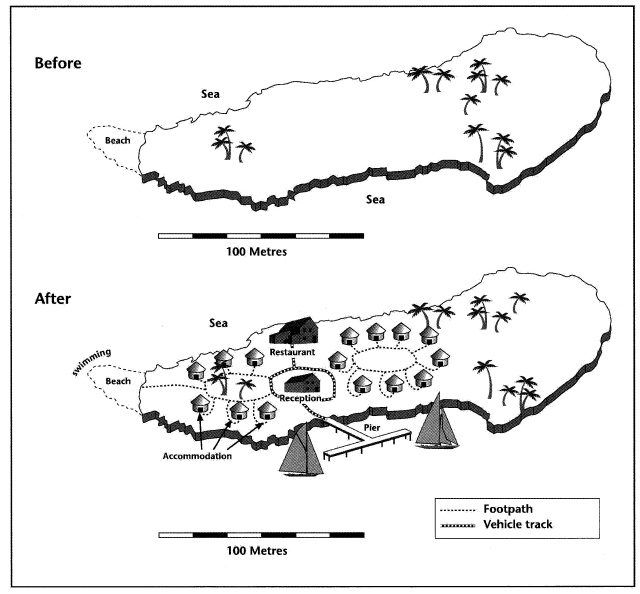 The given picture depicts a small island before and after it was developed for tourism. The island is 100 meters long, has palm trees, surrounded by the sea and has a beach at one of its ends, however, turning to the second picture, we can see that most of the empty space has been occupied to construct new facilities. Facilities like accommodations, restaurant, swimming facilities etc have been constructed without affecting the natural resources that much. There is also a short road linking the pier with the reception and restaurant, and every other area is connected via a footpath. To conclude, tourism facilities made greater development on this island, but it became congested.

To stay updated for more PTE Describe Image Maps Questions along with Answers, like us on Facebook.