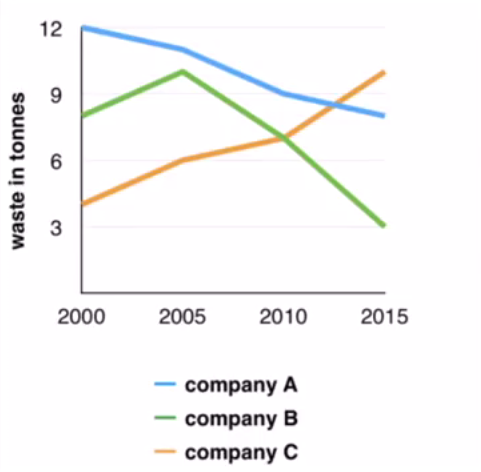 The line graph compares the three companies in terms of their waste output between the years 2000 and 2015. In 2000, company A produced 12 tons of waste while companies B and C produced just around 8 tons and 4 tons of waste material respectively. Over the following five years, the waste outputs of company B and C rose by around 2 tons but the figure for company A fell by approximately one ton. In conclusion, the amount of waste produced by company C increased considerably.

To stay updated for more Line Graph PTE Describe Image Template Questions along with Answers, like us on Facebook.