Should Voting Be Mandatory – Do you agree with the notion of compulsory voting?

Should Voting Be Mandatory – In some countries around the world, voting is compulsory. Do you agree with the notion of compulsory voting?

Write about below given essay topic in 200-300 words. You have 20 minutes to finish the task.

Should Voting Be Mandatory 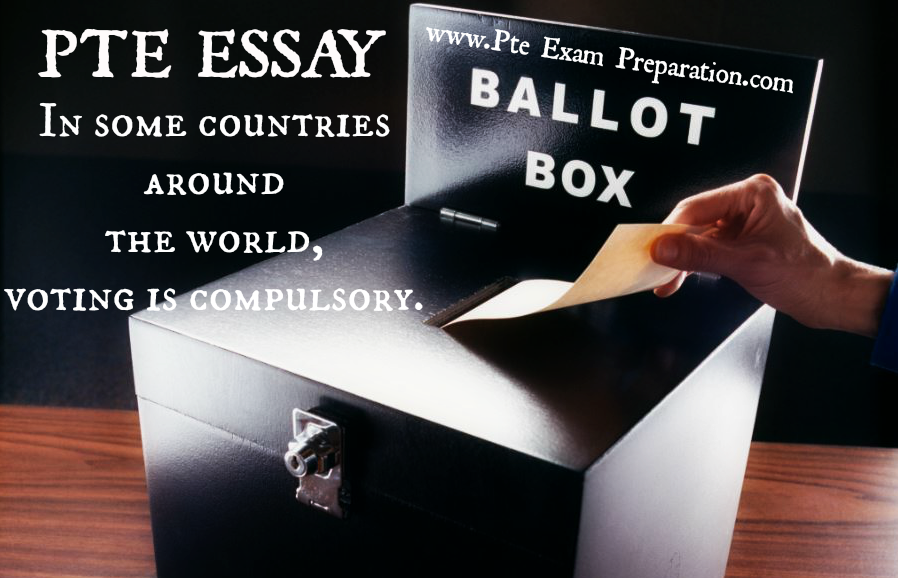 Should Voting Be Mandatory

Voting is not just a right, it is also a responsibility of an individual during the elections. Voting ensures people that people learn about their position with respect to issues which are critically important for the national growth and development.

When voting is compulsory, then people of the country pay more attention to political issues and if it is optional, then less attention is given to political issues. Compulsory voting is not a new concept as there are many countries like Belgium who introduced voting laws in 1892, Argentina in 1914 and Australia in 1924. If one fails to vote due to any reason, then there is a little fine for those who don’t participate. Till now, there are 32 countries with compulsory voting around the world.

Mandatory voting broadens representation & legitimacy and would reduce polarisation. This also reduced the power of lobbying groups and decreases the risk of political instability. On the other hand, Mandatory voting pushes ignorant to vote. If someone who does not have any knowledge of candidates, then his/her vote may affect the result as there are about 1-2% population, who don’t know “ABCD” of the political system.

In a nutshell, it can be said that compulsory voting is a positive sign for the betterment of the nation, however, its implication in a friendly manner is of vital importance. The voter is compelled to vote not for the benefits of others but for his own welfare. So compulsory voting is mandatory for a democracy to be a democracy and a duty to select a trustworthy leader.