Write about the following topic: Positive and negative effects of technology information revolution through mass media. 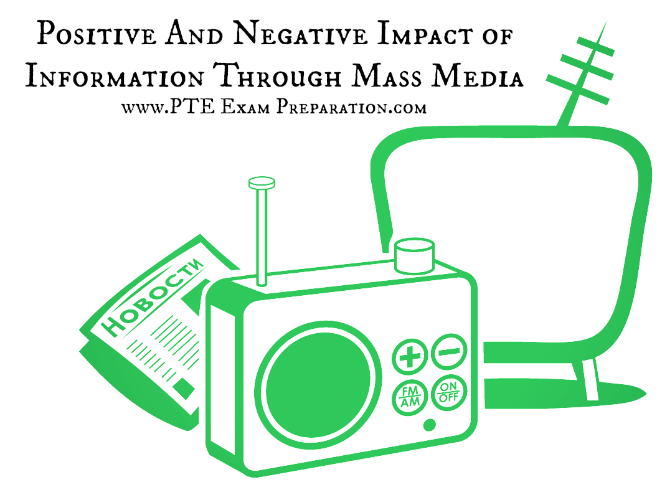 Positive And Negative Effects Of Technology Information Through Mass Media

In the tech-savvy era, Mass media plays a vital role in our lives. The intrinsic purpose of mass media is to spread information in less time. Media is divided into two categories – electronic media and print media. Newspaper, magazines etcetera are examples of print media while internet, television etcetera are the example of electronic media. Undoubtedly, mass media has both positive and negative impacts on society.

To begin with, electric media has its great positive impact on society. With the use of the internet, people can watch news online on the mobile as well as on the computer. It is a very easy way to assess the information. Moreover, television also gives useful information through many channels. It gives current news and tell us what is happening around the world. Radio is also the source of information at the cheap cost. In today’s world, almost every car has a radio so people can get information while driving. Furthermore, myriad people read the newspaper in the morning. Some people have the habit to read magazines while traveling.

On the other hand, every rose has its thorns so that mass media has some negative impact on common masses. Some people may believe in fake news and information. For instance information on social media like Facebook, Twitter and WhatsApp are unsafe. Anyone can post any kind of information and pictures. People can misuse the information and that leads to a rumor.

To conclude, it can be said that information through mass media can be taken as highly recommended experience only if the proper precautions and care are taken at every step.