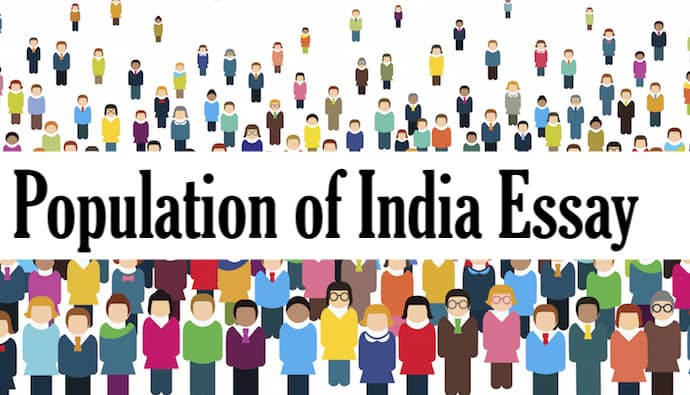 Essay on population problem in India

Population is defined as the total number of human beings in a particular city, state, or country. We can calculate approximately the number of resources required by a particular area if we know the total population of that area. Population is a cause of concern for many countries as increasing population demands for more resources and our planet is falling short of natural resources gradually. India is the second most populated country in the world and is facing the resource crisis consequently.

There are various reasons behind population explosion and illiteracy is one of them. Majority of population in India is illiterate and weaker sections of the society tend to have more children as they don’t have knowledge about the birth control. Also, poor and illiterate class indulges in early marriage which ultimately results in more population as the young children are unaware of the facts related to reproduction.

The other main reason behind population growth is the decrease in mortality rate due to the advancement in science and technology. So all these factors contribute to population explosion and consequently exploit the environment and planet.

Population explosion is causing greater harm to the nature as increasing population necessitates urbanization and industrialization which ultimately leads to deforestation. Cutting down large number of trees destroys the natural habitats of various species which disturbs the ecological balance.

Pollution is another impact of growing population as people are purchasing more vehicles and polluting the air with harmful gases. Not only this, large number of industries pollute water bodies with the harmful chemicals, thus contributing to air and water pollution.

In addition to this, global warming and climate changes are some of the consequences of increasing population. Hence, it’s the need of an hour, that government should educate illiterate people about birth control measures and also take steps to encourage education in all classes of society so that this population rise can be stopped.

There are many problems to say in India if seen, the root of every problem is somewhere related to India’s vast population. Today India is ranked 7th with 2.4% of the world’s geographical area, whereas in the case of population, it is second in the world with 17.6% of the population.

The main reason of population growth in India is unemployment and illiteracy are reported. It also causes due to child marriage, polygamy marriage, boy’s importance and ignorance about family planning remedies. In addition to, in which society the status of women is subordinate, that society has a high fertility rate.

The problem of population growth causes many other problems. The food produced every year remains insufficient and it becomes expensive. Because of which the prices of other useful items also increase. Unemployment, poverty, pollution, corruption, chaos, illiteracy, beggary, and other social and economic crimes are somewhere due to this population increase.

To control the population growth, it will have to popularize the programs of family planning in the public, the ‘want of boy will have to be removed and the public should be educated. The government should reward the couple who produce less offspring. This will encourage people to reduce the child’s origin. The exclusion of more children producers at the administrative and social level can also be an effective solution

The population growth rate in India, which was 2.3% in 1981, decreased to 1.2 in 2016. From this, we can expect that this rate will be stable in the near future. From this, we can understand that the measures of control of the population are getting positive results. For a better future we have to improve our present, only then we will give something to the next generation.

Population explosion can be defined as the rise in the world population dramatically which has taken place in the last 100 years. There are various factors that contribute to the enormous growth in population such as increased medical facilities, illiteracy, increased life expectancy and much more. The advancement in the realm of science and technology has successfully managed to reduce the death rate in the world as presently various sophisticated technologies are used to treat diseases and infections which were difficult to cure in the earlier times.

Well, here are some of the other factors that are responsible for population explosion:

Without the above mentioned developments, it is impossible to survive in today’s world as children are now given proper vaccinations after their birth in order to boost their immune system and to help them fight diseases like measles or flu. Many medicines have helped the people to fight against diseases like tuberculosis or cancer which were impossible to cure earlier.

Population explosion has badly affected the society and environment such as it has led to the problem of Unemployment as large numbers of people want to feed their large families but the resources are less so it has created chaos in the employment sector. It has also resulted in the food and water scarcity which has ultimately imposed pressure on the non-renewable energy resources.

Also, population explosion is the major reason behind poverty in the under developed countries. More number of people means more requirements for food, clothing and shelter, hence poverty is increasing as people are not able to feed their families properly. Other than this, rise in population has adversely affected the environment and its resources. In conclusion, population explosion must be controlled so that no one lacks in nutrition and people can avail the basic amenities of life.