Essay on Internet Boon or Bane

Read a short essay on internet in English. How internet changed the world within few years. Essay on advantages and disadvantage of internet in 300 words. 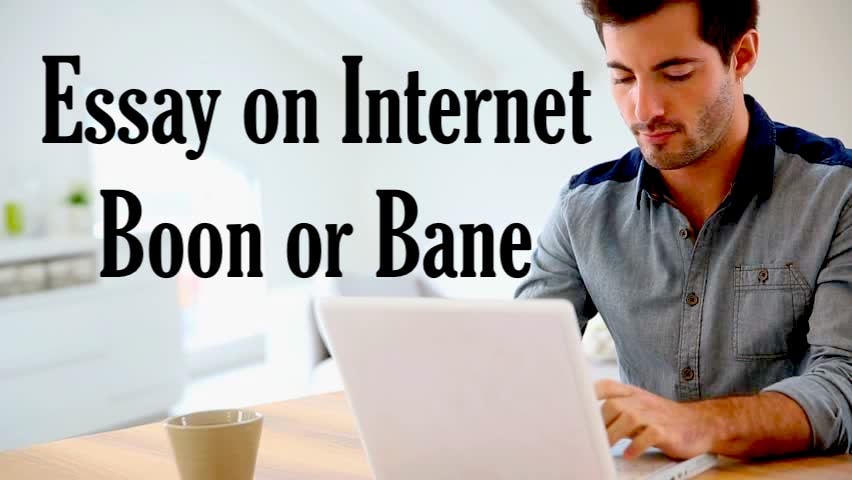 Essay on Internet Boon or Bane

The internet sometimes called simply ‘the net’, is a global system of interconnected computer networks that link several billion devices worldwide. It is an international network of network that consists of millions of private, public, academic business and government pockets switched network, linked by a broad array of electronic, wireless and optical networking technologies. The internet carers an ample range of information resources and services, such as application of worldwide web (www), the infrastructure to support email, peer to peer networks for file sharing and telephony.

The Internet has made our world a small place, by breaking all men made barriers. Internet has become one stop solution whether it’s entertainment, social networking, service or obtaining information. It has also made it possible to work from home or work when you travel.

The internet boon in India has become one of the major contributions of the economic growth of the country. The use of internet in India has increased to a great over the years. Internet boon has equally affected the metros, villages, education system. As mentioned earlier internet has become one stop solution especially in terms of globalisation, communication, news, marketing etc. The world wide web has gathered the entire world into small screen. You cannot yourself with the whole world and share your ideas by posting videos or blogs.

There are a number of IDs like Gmail, Yahoo mail, Rediff and many more though which you can send messages. Today the majority of people offer shopping online because it is a simple method of shopping. Today internet marketing has gained so much popularity among people and especially businessmen. Today all business owners promote their business online.

However, the internet has some setbacks too, which is a threat to the whole world. Some people are getting addicted to the internet and thus causing the problem to their health. People are seen wasting  alot of time surfing the internet. Internet hackers are creating havoc in the world of business and communication. It has given rise to many problems. Internet is like two sides of the coin. There is no doubt internet has made our life easy but it also depends on us how we use it.