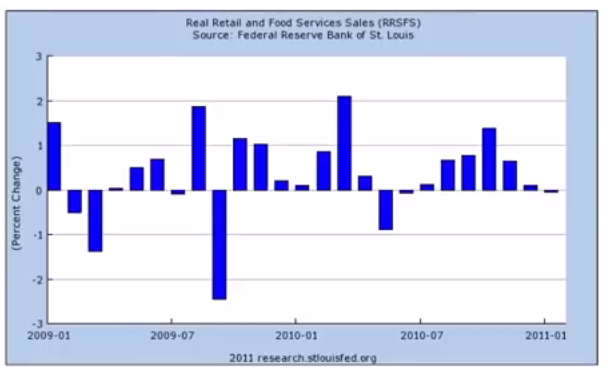 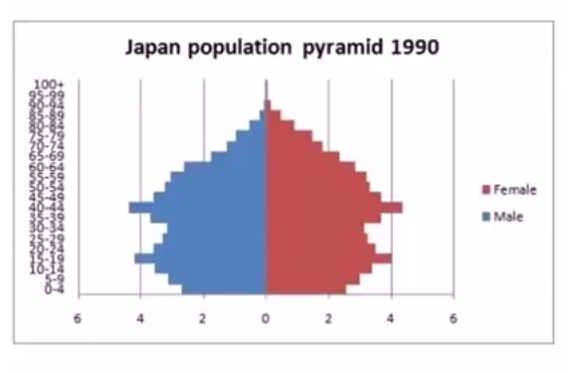 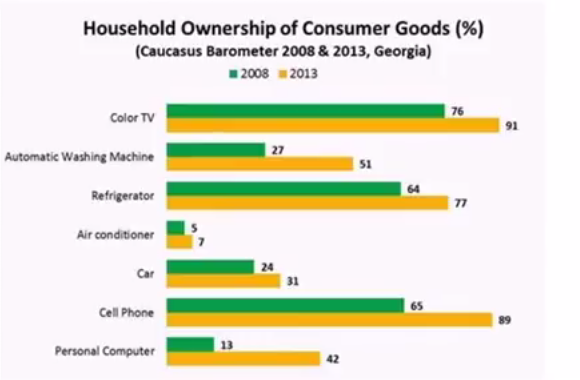 This graph compares the percentage ownership of Consumer Goods in the year 2008 and 2013. During both years Color TV was the most common item, while Air Conditioner was the least common item in the households. During the year 2013 cellphone became the second most popular item which is closely followed by Refrigerator. Surprisingly Personal Computer was not very popular. In conclusion, it seems that people spent more money on entertainment units than on essential items like a Personal Computer.