Mass Media Essay – Do you think mass media including television, radio, and newspapers, have great influence in shaping people’s ideas? 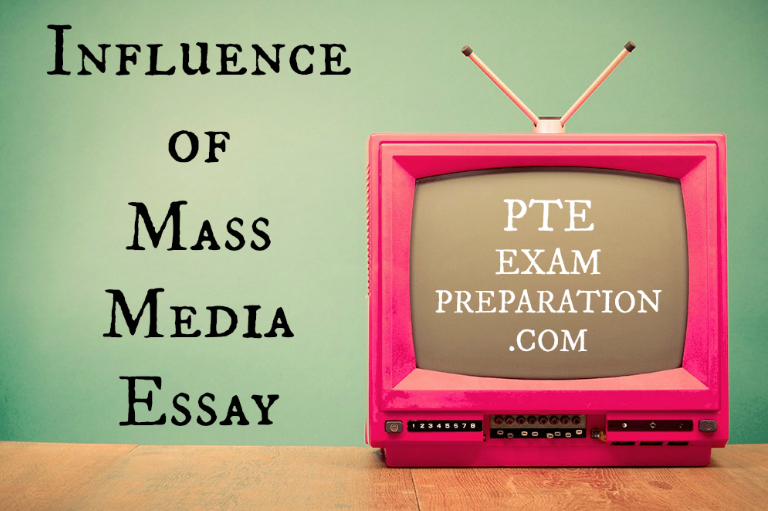 I strongly support that people’s ideology is influenced by the mass media. In the current scenario, mass media has become an essential part of everyone’s life and every family has television, radio, or newspaper. Everyone obtains information from a feasible source and mass media is the perfect & simple way of obtaining the latest update around the world. For instance, Melbourne city is better known for the capricious climate, so people check weather predictions before going out. This habit of checking weather conditions is an example of the impact of mass media. Thus Television, radio, and newspaper have contributed a lot in molding people’s habit.

In the global youth culture, one finds young people around the world, displaying common interests in the field of music, movies and dressing styles. For instance, Television and newspaper often cover the lifestyle of celebrities and in the same way, youngsters try to act and dress up like them. This shows how an individual is influenced by the mass media. The development of technology creates a new trend of enjoying the mass media on the internet. The Internet is easy to access, cost-effective and mobility that leads to increasing the number of people for obtaining information. It is likely that media’s influence will grow stronger with the passage of time.

To conclude, people’s thinking is affected by the information obtained from the mass media. There is a strong positive correlation between mass media and people’s ideology.

Media refers to diverse ways of mass communication such as television, internet, newspaper, telephones, radio etc. The modern media provides visual representations in the form of images and videos which help the audience better understand the news and topic.

Media plays an important part in our lives as people can now get connected all across the globe and can see each other even if they are located at far off places. Also, television, internet, and social media increase our knowledge by giving us information about various things occurring in the world. It is with the help of media that this large world has shrunk into a village.

Media offers various benefits to the world such as it promotes harmony among various countries and makes people aware of different cultures and religions. It also provides entertainment to the people by broadcasting various channels related to sports, religious events, movies, comedy shows, and much more. Basically, media reflects the image of the society and depicts its true picture.

Well, along with these positive aspects of media, it also has some negative impact on the society such as sensationalism to provoke the public, blackmailing people in order to have personal gains, showing vulgarity due to the influence of foreign culture which affects the moral values of the children, wastage of time by watching unnecessary dramas and much more.

In conclusion, we can say that media has strengthened relationships among different countries and has also provided education through various educational content channels. It has managed to develop a well-informed society which will ultimately help the nation to grow and succeed. Media acts a watchdog of the government and the society and makes people aware of the atrocities and humanities of the world and also helps them in decision making. Media is a great means of knowledge therefore it holds great importance in the society.