Globalisation Essay Writing Topics: Even though globalization affects the world’s economies in a very positive way, its negative side should not be forgotten. Discuss. 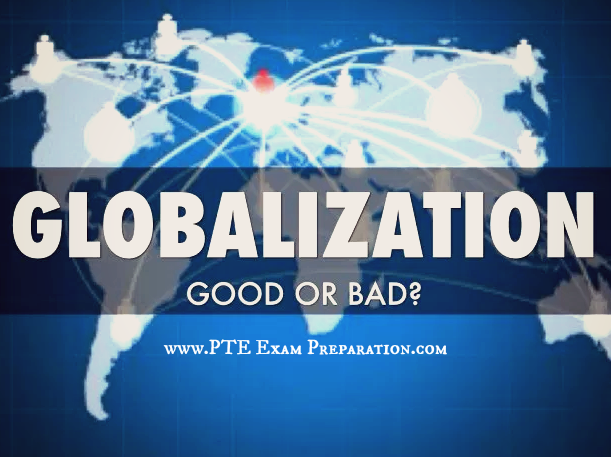 In simple laymen language globalization is all about connecting to the globe, when people of different region, different culture, different style, different economy and different trade connect with each other around the globe in order to make development of an individual, of a group or of a country then we can say that it is globalization.

Like everything has their own pros and cons, same way globalization also has its own issues and benefits. If we talk benefits then globalization is very important for a developing country as it gives scope to all those small nations who are struggling with their trades, their economies as when we share our cultures, our trades, our ideas then it helps us to grow and gives the pace to our developments. Sharing the trades, the views, the ideas of developed nations give the new vision to developing countries. It helps to grow the economies of developing nation.

But at the end, I must say if we are not doing the extent of some things then globalization is really needed for all the countries to enrich their cultures, their trades, their visions and to make a healthy atmosphere around the globe.