PTE Read Aloud – In 40 seconds, you will have to read the text aloud as naturally and clearly as possible. These type of questions integrates reading and speaking skills and requires test takers to read a short text aloud, using correct pronunciation and intonation. 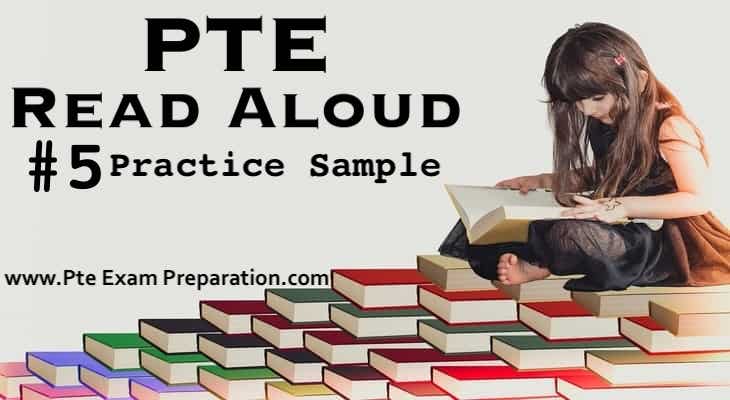 13. Read the text aloud as naturally and clearly as possible.

In the distribution of wealth, America is more unequal than most European countries. The richest tenth of the population earns nearly six times more than the poorest tenth. In Germany and France, the ratio is just over three to one. The United States also has the largest proportion of its people in long-term poverty.

14. Read the text aloud as naturally and clearly as possible.

What can history tell us about contemporary society? Generally, in the past, even in Europe until the 18th century, it was assured that it could tell how any society should work. The past was the model for the present and the future. It represented the key to the genetic code by which each generation produced its successors and ordered their relationships.

15. Read the text aloud as naturally and clearly as possible.

So many people that waste their money on cheaply made yet highly priced stuff and furniture, while it doesn’t have to be so damn expensive. Save your money, even if you have not a single cent to worry about. the next generation you leave behind is going to get it even tougher than we do ! at least leave something good behind when you are gone, like these things which are for them something to learn and think about.