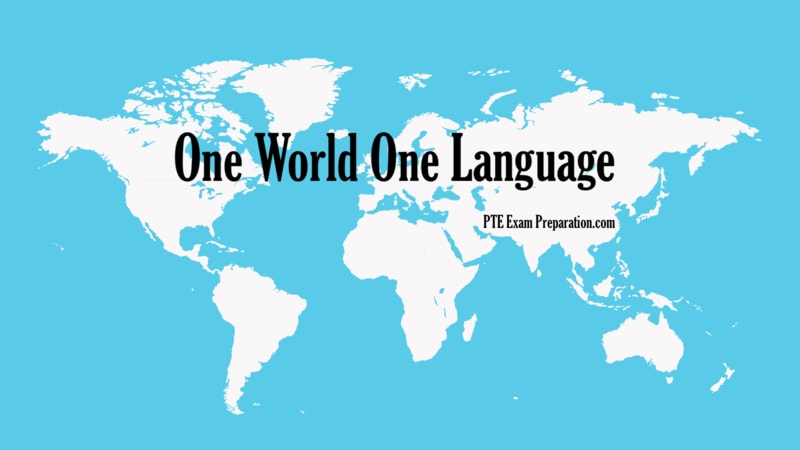 Owing to the world becoming a global village, people of all nations, religions, races, cultures, beliefs now find themselves living or working under a safe roof literally. Hence, the need for a universal language – a language spoken and understood by all – has become all the most predominant. English, being the native language of around seventy countries, would be the obvious pick for the title of the universal language that will bind the people of the world into one common thread.

Those who exhort for and support the idea of a universal language which will be the mother tongue of every nation, believe it will help unite people, promote a sense of we-feeling like nothing else can. Moreover, people would be less hesitant while conversing with each other and it would pave the way for open communication and learning. The fact that language of media, television and even cinema is English and that online courses and most web pages are in English as well, bears testimony to the growing need of making English the first language all over the world. Not only that, there would be lesser differences and misconceptions.

However, the naysayers surmise that such a development would be extremely regressive because encouraging such a prospect would, more or less, mean the end or disappearance of other languages. Furthermore, it would be a big blow to the world culture as the diversity and ethnicity would take a hit. Above and beyond, that countries would altogether end up losing their individuality and people would ultimately forget their roots and culture.

While the concept of one language is appreciable and endearing, yet the fact that it will deter the beauty of the human race and varied hues that it is known for, cannot be overlooked. What makes the world an interesting place to live in is the abundance of languages and cultures it bestows us with.