Besides churning out mindless soap operas Television feeds us with lots of advertisements urging us to buy one product or the other. While Television channels and advertisements smile as their incomes shoot up, the poor consumer goes bankrupt due to unnecessary and compulsive buying. Write an essay what you feel strongly about it on the topic “Impact of TV Advertising on Consumer Buying Behaviour”. 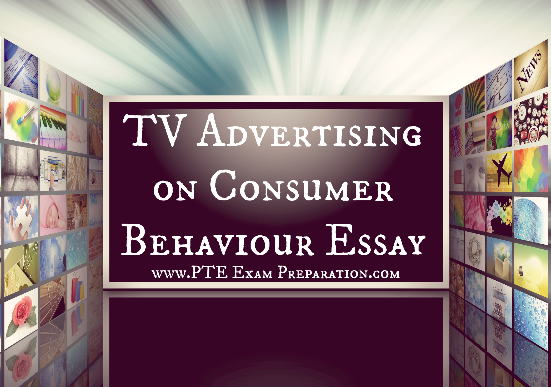 Television advertisements encompassing a whole gamut of consumer products have a tremendous effect on the consumer psyche. The glamorous film stars like Kareena Kapoor and Priyanka Chopra, flaunting a Pepsi bottle in their hands, can drive thousands of star crazy teenagers to buy the product. The advertisers and the channels will rake in millions in the process. Who cares what health hazards, the aerated drink, can cause to the young, growing bodies and minds. Besides churning out mindless soap operas the television feeds us with hordes of commercial advertisements as well, buring us to buy one product or the other unnecessarily and compulsorily.

Advertisements create a world of fantasy where all dreams come true and wishes materialize. Unfortunately, the viewers take this world as real and are tempted to buy the products hoping to change their lives and lifestyles completely. Thriving on this human failing or folly, one may say, the advertisers are in stiff competition with each other to make their advertisements more innovative, creative and challenging.

So whether it is foodstuff, beauty product or electronics, new products with higher consumer value keep flashing on the small screen and the TV viewers, as the prospective consumers, keep buying them mindlessly. Certain censorship, thus, ought to be imposed on TV advertisement as they are promoting consumerism in the society.