PTE Describe Image – You have 25 seconds to recognize the image. Describe the image including important keywords in your own words in about 40 seconds. Here is – Most Repeated 2018 Line Graphs Describe Image PTE Model Answer. 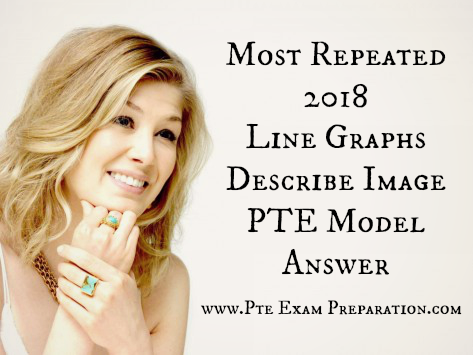 The graph compares the GDP per capita of India and UK from 1700 to 1950. The GDP has been adjusted for inflation. It is interesting to note that while India’s GDP remained constant from 1700 to 1950 at around $500, the GDP of UK increased steadily from the time of East India Company starting in 1750 and sharply after 1850 when the British Raj was established. By 1950 UK’s GDP was around 14 times that of India. At the same time, the population ratio of UK and India changed from almost 1.20 in the 1700s to almost 1:7 in 1950. 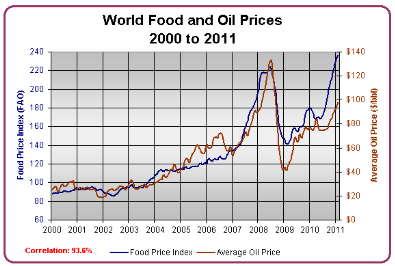 The line graph shows world food and oil prices measured in points and barrels from the year 2000 to 2011. In 2000, food price was approximately 90 and after fluctuations, it increased to 220 points in the year 2008 then further increased to its highest point that was approximately 240 points in 2011. On the other hand, in 2000, the oil price was more than food price and increased to its highest price in 2008 that was $120 per barrel then declined to $100 per barrel in 2011. 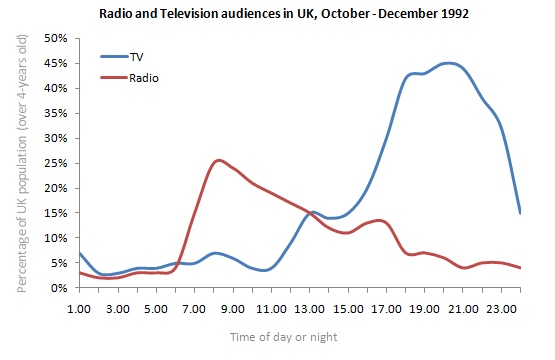 The line graph shows the information about Radio and Television audiences in the UK in October to December 1992 measured in percentage. At 1.00 am, more than 5% people started to watch TV which increased to approximately 15% at 13.00pm and further increased to 45% at 21.00pm then drop to 15% at night 23.00. On the other hand, 25% of people liked to listen to Radio at 8.00 in the morning whereas this trend declined to approximately 5% at night 23.00. To conclude, it can be said that watching TV and listening radio both were irreversibly proportionate to each other. 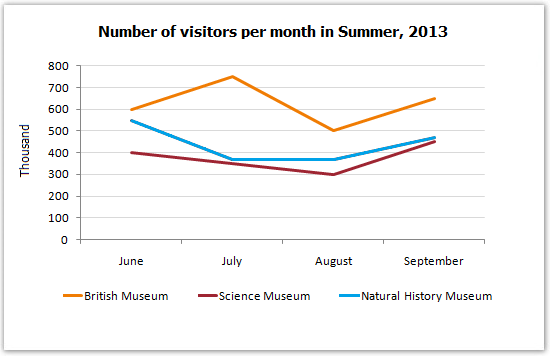 The line graph shows the number of visitors per month in summer measured in thousands to watch different Museums in 2013 from June to September. In June, the highest visitors were found in British Museum which increased to more than 700. In July then declined in the month of September followed by the number of visitors were recorded in Natural History Museum that ranging between 400 to 600 for a given period. On the other hand, 400 visitors went to Science Museum in June which decline to its least value that was 300 in August and reached to its highest value in September. To conclude, British Museum was famous among others.

These are some Most Repeated 2018 Line Graphs Describe Image PTE Model Answer. Share your own answers in the comment box below.