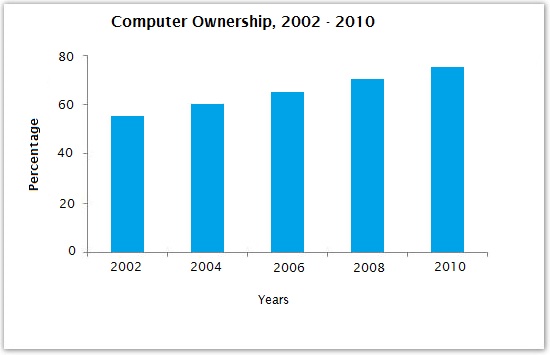 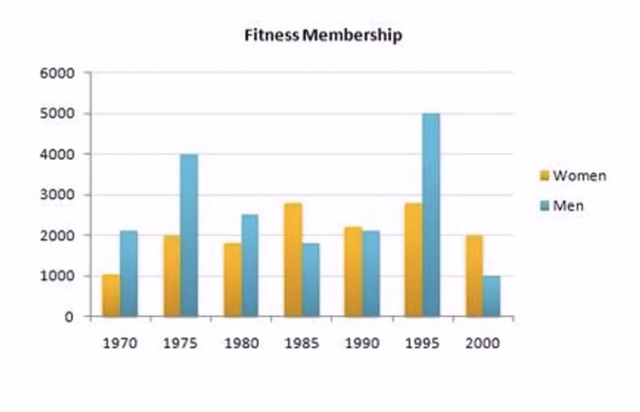 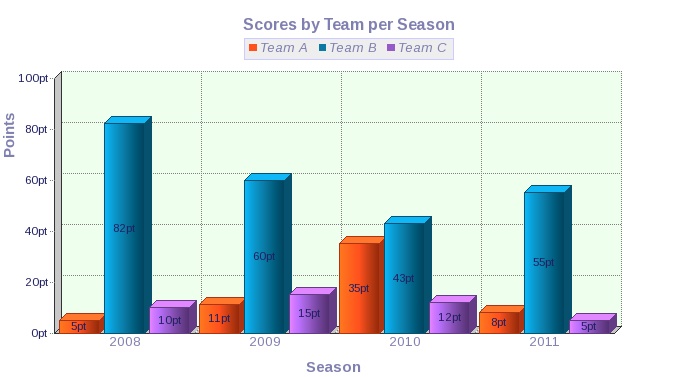 The bar chart shows the scores of three teams, A, B, and C, in four different seasons. In the season 2008, the highest score was found by Team B that 80 points as compared to others Teams but declined to 40 points in the season 2010. On the other hand, Team A had highest scores in the season 2010 that was approximately 35 points and Team C scores remained below 20 points throughout a given period. To conclude, Team B had always higher points.

To stay updated for more PTE Describe Image Frequently Asked Questions along with Answers, like us on Facebook.